Indonesian citizen, was born in Jakarta, in 1984. He graduated in Economics and Politics from Amherst College, Massachusetts, USA and obtained his Master of Business Administration from Wharton Business School in Pennsylvania, USA, in 2011. He began his career in joined HSBC as a Management Trainee in 2007, then he joined the leading global management consulting company based in the US, A.T. Kearney, for more than three years. In 2012, he joined the Investment Banking division at Goldman Sachs Singapore,a year later hewas promoted to Investment Banking Associate in New York, USA. In 2015, Goldman Sachs brought him back to Jakarta to help manage Indonesian corporate clients, including in the technology and digital sectors. He currently serves as Chief Executive Officer at Mbiz.co.id (Lippo Digital) since March 2017 and served as Director of PT Star Pacific Tbk since 2020. Began joining the Company in 2020, as President Director based on the resolution of the Company’s the Annual General Meeting of Shareholders dated August 28, 2020 for the periode of office until 2023. 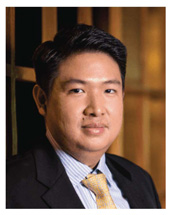 Indonesian Citizen, 55 Years old as of 31 December 2020. He started his professional career in 1990 at PT Bank Danamon Indonesia as Management Trainee and worked his way up to become Credit Auditor. Then, he moved to PT Dharmala Securities as Research Analyst and Corporate Finance Manager (1994–1998), PT Sepatu Bata Tbk as Corporate Secretary (1998–2005), PT Multifiling Mitra Indonesia Tbk as Director of Operations and Corporate Secretary (2010-2015) and finally at PT Multipolar Tbk he served as Corporate Secretary (2005 – July 2020). He currently serves as Director at PT Multiprima Sejahtera Tbk since 2020. He earned a Bachelor’s degree in Economics from Gajah Mada University, Yogyakarta (1990) and a Master of Business Administration from the University of Dallas, Irving, Texas, U.S.A (1994). In 2007, he also obtained a Master of Law Degree from Universitas Pelita Harapan, Jakarta after obtaining a Bachelor of Law Degree from 17 August 1945 University, Jakarta. Began joining the Company in 2021, as Director based on the resolution of the Company’s the Annual General Meeting of Shareholders dated August 24, 2021 for the periode of office until 2023.